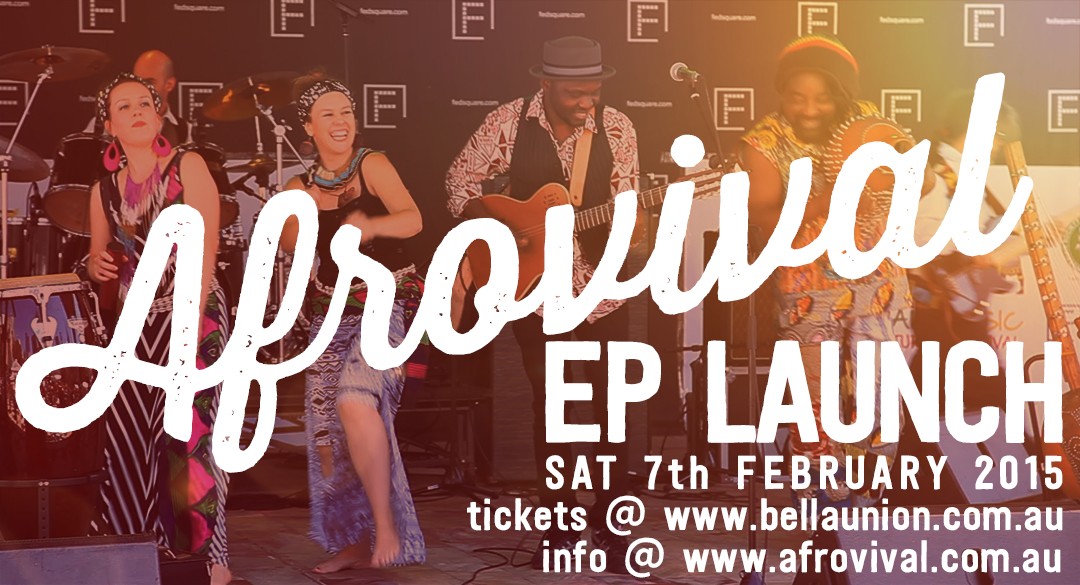 Afrovival launch their debut EP featuring audiences most loved songs including River, Kanyi Kwetu, Mpulele and Zawose. Experience the sounds of Africa and enjoy the relaxed atmosphere back at the bar or the excitement up front on the dance floor.

Afrovival sits in a groove somewhere between chilled out street rhythms of Africa and high energy traditional. Its uplifting beats are not fast and furious, but have a jazzy lean to the laidback tunes of folklore and occasional 6/8 & 12/8 rhythms.

Watch and listen for genuine Ikalanga folklore from the 4 string oil can guitar, hypnotic Kalimba from Tanzania, Mutwash inspired Congolese guitar for rotating your waist & cruisy dance moves for all to join in & kill it on the dance floor.

Mpaphi Nfandizo from Botswana, plays Ikalanga folklore from the “Afri’can”, a 4 string guitar made out of an oil can, and sings newly devised songs drawing from the Kalahari desert. Mpaphi is recording and producing the Afrovival EP through his own label Taios Productions

Ayel Akot, just returning to Melbourne from South Sudan, Ayel will lead African dance moves and get everyone grooving on the floor. Ayel is a talented dancer and has performed at Sidney Myer Music Bowl with Suzanne Watts Nfandizo for SAIL, with Afrovival for two years, and is now teaching and choreographing African dance after seven years of mentorship with Mzuri Dance.